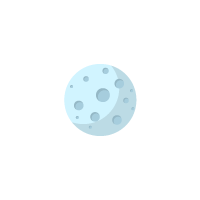 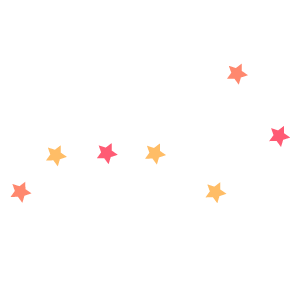 Have your own challenge you want to hack? Join us and let's build a solution together!

ARK provides users, developers, and startups with innovative blockchain technologies. Accessible via push button clone-able blockchains, and our SmartBridge technology. ARK aims to create an entire ecosystem of linked chains and a virtual spiderweb of endless use-cases that make ARK highly flexible, adaptable, and scalable. ARK is a secure platform designed for mass adoption and will deliver the services that consumers want and developers need. Felix has over 20 years of experience in the IT and Telecom industry and he undertook several roles from programmer and researcher to consultant. He coordinated numerous multinational consultancy teams and is involved in developing simple to complex platforms that use web services, big data, machine learning or blockchain. He is currently co-founder and CTO at NETOPIA, the company that operates the mobilPay, mobilPay Wallet or web2sms services. Alexandru leads the development team at BEN, using javascript to put Bumblebee in Transformers, BabyBjorn in The Hangover or a Heineken in the hand of James Bond.

CTO Qualitance. Solution architect that use the latest technologies to build a fast, reliable digital product. Addicted to startup culture, love to work hands-on on products and see how an idea can become reality.

François-Xavier is a full stack developer (MetorJS and Grails) and has primarily served as scientific officer for the European Union architecting the use of satellite observation for maritime surveillance, his work being referenced by European commission, NATO, Black Sea Commission and ESA. From 2010 he is consultant for different organisation to help them organize around data collection. He was also a core developer of Lisk up until August 2016.

My main focus is to spread knowledge and adoption by working with companies and startups that need guidance in this specific field. Not being a coder has been pretty frustrating but as time passed by I understood that my mission is not related to coding. I got involved in several blockchain-related projects and I understood what's my role in each mechanism. I'm just a small cogwheel in a big consensus machine.

Lucian helped startups design and develop their early-stage products and understands first-hand many of the entrepreneurial challenges that pave the path towards a successful web project. He shifted most of his attention lately to study the impact of emerging blockchain technologies and their use cases in shaping a new distributed, global, open economy.

A social entrepreneur and innovator specialised in emerging energy technologies, Adrian Stratulat is the co-founder and CEO of Energo Dynamics, a company that aims to tackle a broad spectre of opportunities and issues in the energy sector by using energy storage solutions. With a background in geopolitics and diplomacy, energy became his focal point in a holistic, strategic approach to markets and sectorial policies. He now develops a model for peer to peer trading of energy produced by individual prosumers via a blockchain-based platform.

Organization Lead at Ark.io - 27 guys, from all over the world with various expertise covering from NASA engineers or DoD military contracted engineers to Emergency MD, musicians, hedge funds managers to banking consultants and white-hat hackers, working together to bring the best of what blockchain can offer. As a mentor he can help defining scope and choosing the right technology for different blockchain applications: decentralized exchange, payment instruments: online&offline, Token Exchange Campaign, FX over blockchain.

Anish has been working in the security and cryptography area for the past 15 years, as a researcher and as a consultant. He has spent half his career researching cryptographic algorithms and protocols. He has also worked as a strategy consultant for Accenture and Capgemini. He has been involved in the Blockchain ecosystem as one of the founding members of UKDCA . He is also on the advisory board for Adjoint, Arteia, Privacy Shell, Collider-X, Ripple Labs, Hyperloop Transport Technologies , EA Ventures, IEET and Chain of Things. These days he more focussed on projects that involve security vs scalability vs consensus of Blockchain and using smart contracts for AI safety. He is currently the chief science officer for Blockchainsmokers and Dean of Blockchain technologies at Exosphere Academy. 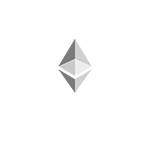